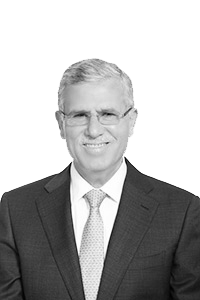 Abdelghaffar is Co-managing Partner at Obeidat Freihat. He is a former judge, legal counsel to the Central Bank of Jordan and member of the High Committee for the Supervision of Banks.

Abdelghaffar is an expert in civil and commercial litigation and arbitration, capital markets, financial regulation, regulatory investigations and white-collar crime defense. As Chambers Global puts it, he is “an excellent litigator” who’s “experience as a former judge gives him a unique insight on complex disputes.”